One of the best things about living in Barcelona and being in your twenties with only a small feline to worry about while you’re away, is that you can jet off for a weekend without much of a second thought. Weekend trips also make for the perfect Christmas present. Enter: Lyon!

Where is this guy jetting off to? No idea but it looks official.

I was able to snag roundtrip tickets for BOTH of us with Easy Jet for under 90 euros. So off we were, to visit friends, eat all the fromage and vin we could get our hands on, and see what this little-talked about French city had to offer.

I’m going to be honest. Sometimes France…me cuesta.  (Gotta love those impossible to translate Spanish phrases.) Basically, I don’t really know how to feel about France. Sometimes it’s a difficult country for me in a lot of ways. Pepelu and I are on the plane home from Belgium and Holland right now and man, the people there are the most friendly, open, willing-to-help people I have ever met. France is not like this. Or rather, I thought it was not like this until I had the pleasure of going to Lyon. It truly shocked me in its beauty, people, and cuisine in the first few hours of being there.

Watch me laugh casually because I have no idea my picture is being taken.

During our short time in Lyon, we had the pleasure of sharing the weekend, as well as a sofa sleeper, with good friends from Pepelu’s village. They were able to show us the very best the city has to offer. In a couple of days you don’t have enough time to see it all, but here are five must-dos for your weekend in Lyon.

Walking down from the Basilica is a beautiful and contemplative experience. You have great views of the city and the path is a really quiet and quaint meandering staircase that drops you right down in the city center. During your descent you’ll have time to ponder a lot of things, and if you’re anything like me, you’ll be thinking about the croque monsier sandwich you are gonna inhale when you finish. (Quick insider tip: check out Crock and Roll for the best sandwiches of your life. Order as many of the croque monsieur sandwiches your digestive system can handle.)  When you hit that last step on the way down, your legs will support you like a piece of flan would support, well, just about anything. That being said, I don’t even want to imagine what it would be like to walk UP to it. But the Basilica is an absolute MUST, so the funicular is the perfect way to get up there. It is unlike anything I have ever seen, and I have seen A LOT of cathedrals and basilicas in my time in Europe. The only places that can even come close to comparing are Saint Mark’s Basilica in Venice and Saint Peter’s in Rome. The story is that the city of Lyon prayed to the virgin Mary to save them from the bubonic plague and, it turns out eventually she did, and they built the basilica in her honor. You can also visit the original church that the basilica was built on top of. 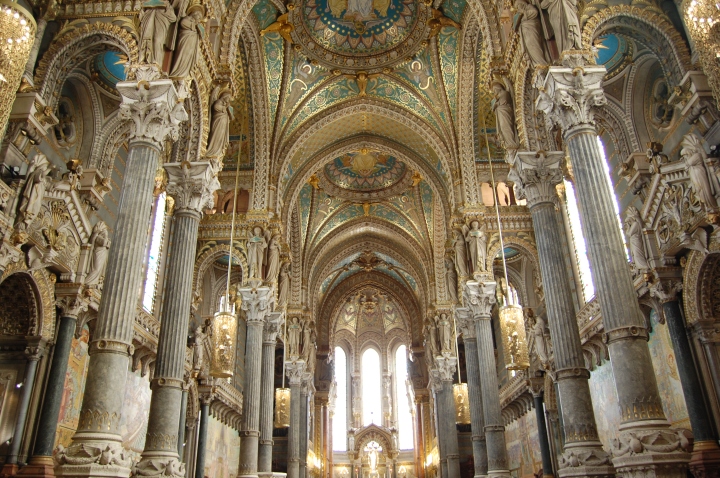 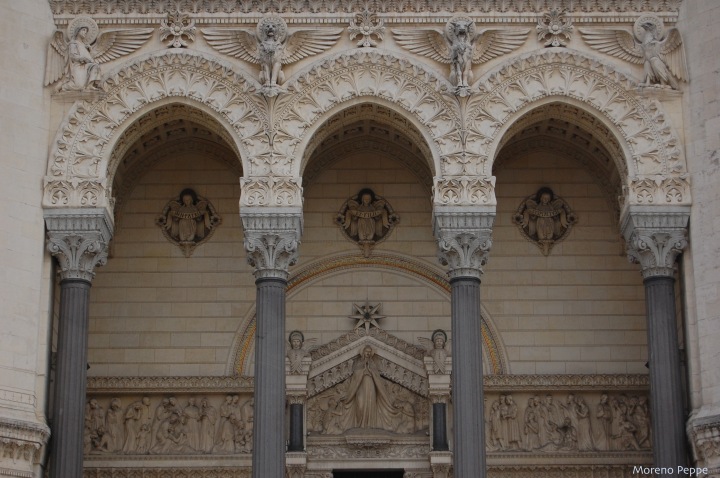 The most impressive basilica I’ve seen apart from Saint Peter’s in Vatican City. But honestly, this one might be better.

Do not miss the views of the city from just outside! 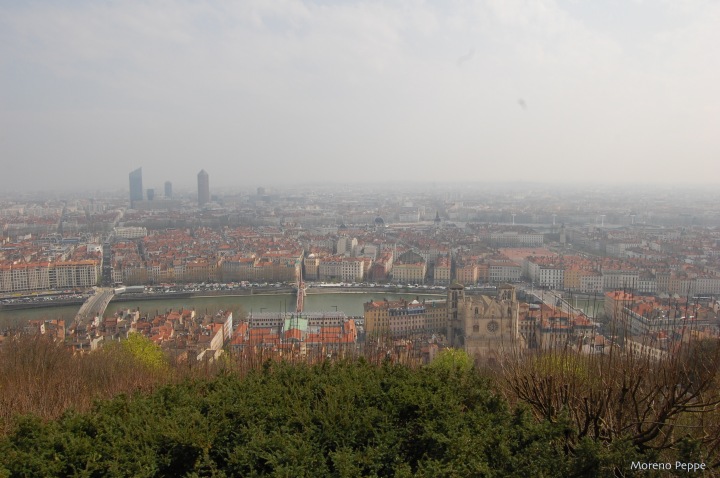 It was a little big foggy the day we went, but you get the idea.

No trip to a European city is complete without a trip to its center. Lyon’s is as beautiful as any, and delightfully French and pastel-ly. I’m serious, the buildings look delicious. Let yourself walk slow and take it all in. Grab a café au lait and a typical brioche aux praline and enjoy a bit of people watching, but don’t miss these places around the city: 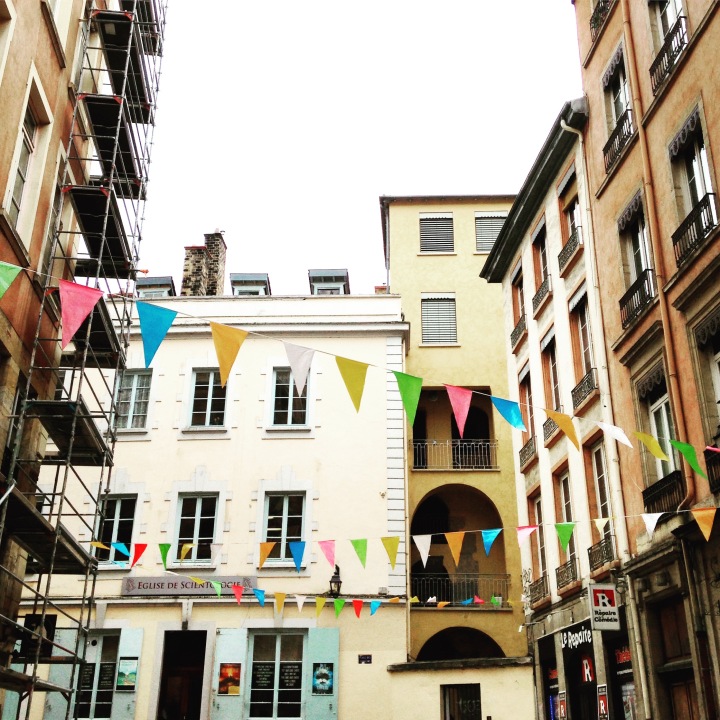 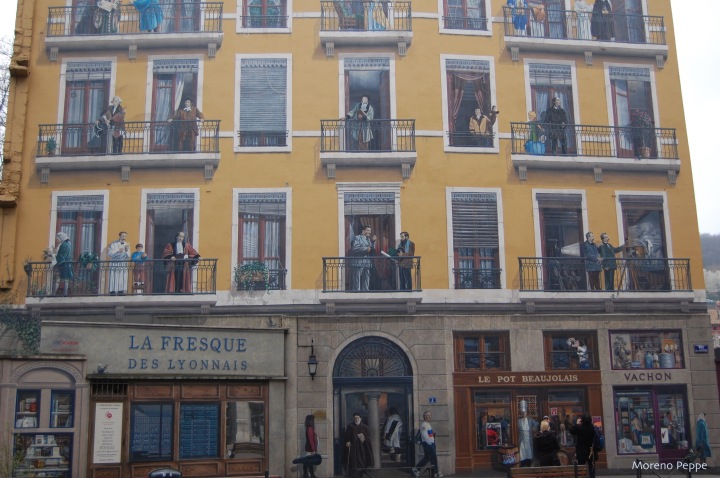 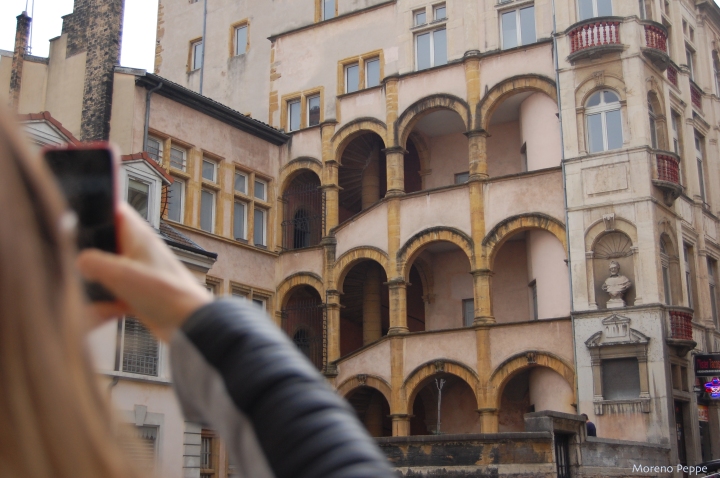 In 2016 Lyon was named the European capital of gastronomy, and it is easy to see why. Pop in to any café and you will enjoy sandwiches with a mix of flavors and cheeses that you’ve never seen elsewhere. But the “Bouchons” are certified Lyonnaise bars/restaurants that serve traditional Lyon cuisine.  The name supposedly comes from the straw figures in the shape of mouths, (bouche in French), that these restaurants would put on their doors to say they served wine. Since 1997, there is an association in charge of deeming Bouchons as “official Lyon bouchons” which represent and maintain the long traditional of typical Lyonnaise foods like onion soup, Lyonnaise salad, traditional Lyonnaise sausage, “quenelles” and “tablier de sapeur”. Forewarning: traditional French food is delicious but it is saucy and decadent as hell. Forget your diet this weekend.

You will see A LOT of red pastries in Lyon. Don’t be afraid. They are candied pralines and one of the most typical flavors in Lyon.

Each arrondisment  in Lyon has designated days for their local market.  What is it about hanging out in an open air food market that makes me feel like I am one with the people? I have no idea, but everywhere I go, I HAVE to find a local market and take it all is. The colors of every shade of tulips, eggplant, lettuce, peppers, and tomatoes paint a mosaic right before your eyes, the smell of sizzling meats will have your mouth watering in minutes, and the fervor of French exchanges will act as a soundtrack to the scene.  And if you want to bring home some of the best local cheeses, these are the best places to go. 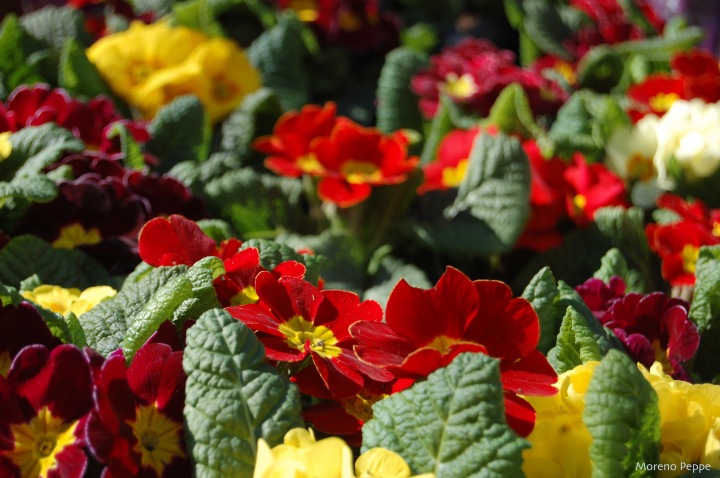 Both the Salone and Rhone rivers wind themselves through Lyon and are a huge reason for the city’s beauty.  On a sunny day you will find tons of people out enjoying the weather, river views, and inevitabley, the swans.  There are some restaurants along the way, but it could be the perfect place to bring some brie and a bottle of vin and scrape out a little slice of paradise for yourself on a sunny afternoon. 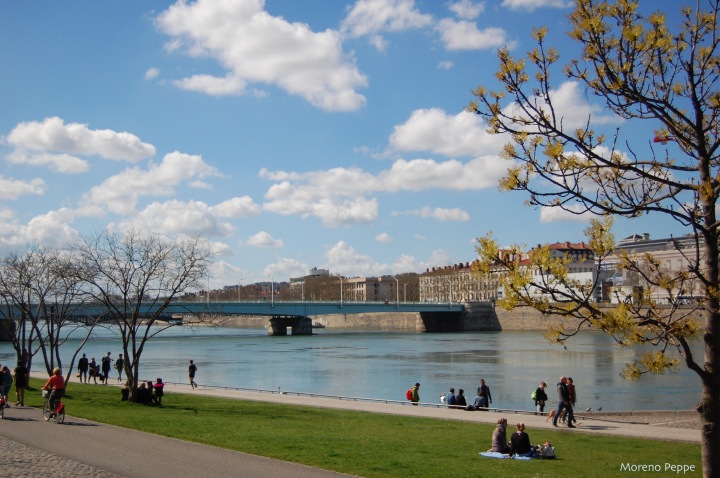 Well, crew, I hope you enjoyed these insider tips for your next weekend away in Lyon. Remember, let your diet have a break for the weekend and embrace the inner French side of you.

Have you ever been to Lyon? Are you from there? What are your favorite spots in the city? Let us know in the comments below! And if you haven’t checked out the video  for this post yet, have a look!

All photos marked with a watermark are copyrighted property of Jose Luis Moreno. If you are interested in using or purchasing his photos, please contact him here.