This is the milk

So you’ve done it! You’ve convinced your Spanish boyfriend or girlfriend that the best and most fool-proof way for you to remain in Spain and be able to work legally is for them to sign a teeny piece of paper which doesn’t even legally change their marital status and really isn’t such a big deal.

Sound familiar? Eight years ago, I too had this conversation, (more of word vomit on my part), with my partner at the time trying to show him that it really wasn’t anything to be afraid of. And to my somewhat shock and surprise, he wasn’t! Neither was my mom, who, when she called me I gave her the same, “it-isn’t-marriage-and-really-isn’t-that-big-of-a-deal” speech and she told me the next time I asked to talk to her about something important, that I make it sound less like I have a terminal illness, and proceeded to ask me what documents I would need from the States. Moms.

Little did I know, that was the easy part. The difficult part was the gathering of documents, Apostilles, official translations, and worst of all, doing my best to appease bored government bureaucrats.

At the time, I had to use my small network of auxiliares, and speak with some who had also become pareja de hecho, in order to get the low down on what exactly it was that I needed. What I would have LOVED is a website, much like this one, to lay out clearly what I would need to do to get this done. So, ladies and gents, here you have it!

Before we get started, I must offer a word of warning. Different autonomous communities in Spain, and even different provinces may have slight variations of these requirements and processes. Due to this, I recommend you get acquainted as soon as possible with your local Consejería de Igualdad, Salud, y Políticas (it can be called something slightly different depending on where you are), and get this information straight from the horse’s mouth. For reference, I did my process in Cádiz in 2013.

Don’t let this be you.

Before we dive into the paperwork requirements, let’s clear up what pareja de hecho really means and who it is intended for. Hint–its not really intended for you. It is sort of a step toward marriage for couples who have probably been together for a long time, but aren’t at the marriage stage yet, or who do not foresee themselves getting married. So why would they do it?

To see all the ways that marriage and civil unions in Spain are different, check out my post that explains all of it. The bottomline? Becoming pareja de hecho really does implicate much less than actual marriage, which is why it is so appealing for foreigners like us.

As I said before, this could vary, but very slightly, depending on the AC you’re applying in. For example, a reader who applied in Castilla y León didn’t need her birth certificate, but her and her partner did need to prove they had lived together (they had been “empadronados” together) for sixth months prior to applying. This is why it is worth it to go to the office and get information straight from the source! 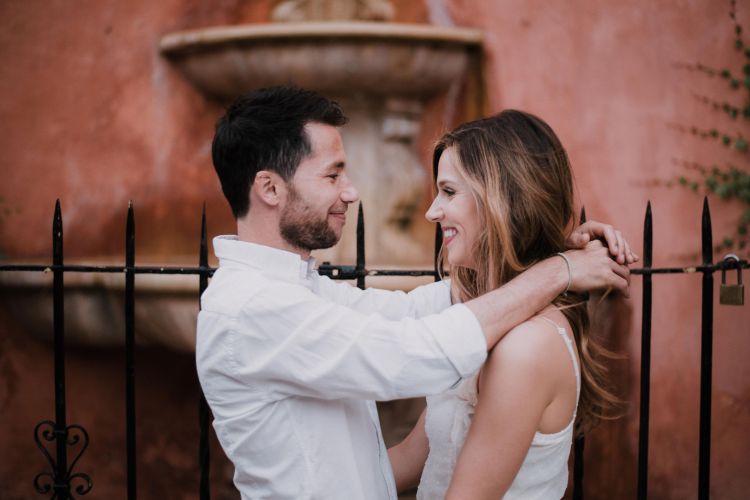 So you thought your nightmare was finished once you and your beau were an official pair in the eyes of the law? Come on…nothing in Spain is that easy! Yes, unfortunately, the pareja de hecho process is the fastest and easiest in this process. Basically once you have the documents you need, it is only a matter of signing. What takes the longest is applying for residency. Not because of the documents you need, but because the government can take up to 3 months once you turn in all of your documents to decide whether or not to give you residency.

Here again, there can be certain discrepancies depending on where you apply. The same reader who applied in Castilla y León told me she was only given a 1 year card which she renewed for the 5 year card afterwards. She mentioned this could be due to the fact that she didn’t have a job at the time and her partner was a student,  but again, check with your local office if you want to be sure!

If you’re still committed to tying the semi-official knot with your partner after reading about the process, then it is time to get going! Make the call to a trusted friend or family member to break the news and ask for their help collecting all of the dreaded documents you’ll need. Godspeed!!